Fan started his schooling at Wat Bo Chai. Later, he studied with his brother-in-law in Khon Khaen and upon finishing his schooling he intended to enter civil service. However, he changed his mind because at one time he had been asked to bring food to convicts, one of whom was the governor of Khon Khaen. The living conditions of the governor and other convicts made him realise the uncertainty of life.

Fan entered the monkhood when he was 20. After the end of the rains-retreat, he wandered forth into forests and cemeteries to seek seclusion.


In 1920, Fan attended sermons expounded by Phra Achan Man Phuritatto, and became one of Man’s disciples, wandering with the master to remote areas all over the region. Later in 1925, he became a Dhammayutika monk and continued to wander to seek a seclusive place to practice meditation. When he returned home, he stayed in a cemetery which is now Wat Pa Udom Somporn.

From 1956 to 1963, he wandered back and forth between Wat Pa Tham Kham, Wat Pa Udom Somporn and Wat Pa Phuthon. Whenever he stayed, he developed the temples and the nearby communities as well. Because of old age and overwork, he became ill quite often and his health deteriorated. On January 4, 1977, he died at Wat Pa Udom Somporn.

Phra Achan Fan had many village-to-village roads built, bridges constructed and ponds dug for villagers. He also built a residence for monks at Sakon Nakhon Hospital. Moreover, he had a 30-bed hospital built for the people of Phanna Nikhom and it is named after him. 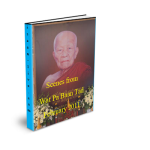